I still think this is a good idea …

Category: Randomness Tags: geekdom, music, tired of being hassled by the man 2 Comments

So, there’s this band I like, NRBQ, and several years ago they released an album called “Dummy“. Apparently, they ended up with a whole bunch of extra promo/”cut out” copies of the album, because whenever you buy something from their website, you get a free cut out copy of “Dummy” added to your shipment. 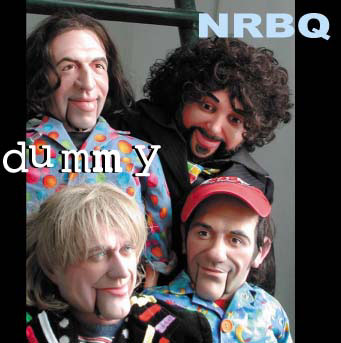 Now, over the last few years, I’ve made several purchases from their website, and I’ve would up with a whole bunch of extra copies of “Dummy”. I’ve given away some, and figured most of my friends already had a copy (though I just found a friend who doesn’t, so he’ll be getting one soon enough). I was thinking of what to do with the remaining extra copies, and hit upon what I think is a pretty cool idea … take a copy with me whenever I need to rent a car, and leave it in the car when I return it.

Well … I tried it yesterday … returned my rental car and left a promo copy of “Dummy” in there. Unfortunately, when I got home, there was a message on my answering machine from the car rental place, saying that they had found the CD and it was in their lost & found.

I still think it’s a good idea … maybe I have to hide the CD somewhere in the car or something.

2 Responses to I still think this is a good idea …

That’s What I Said!